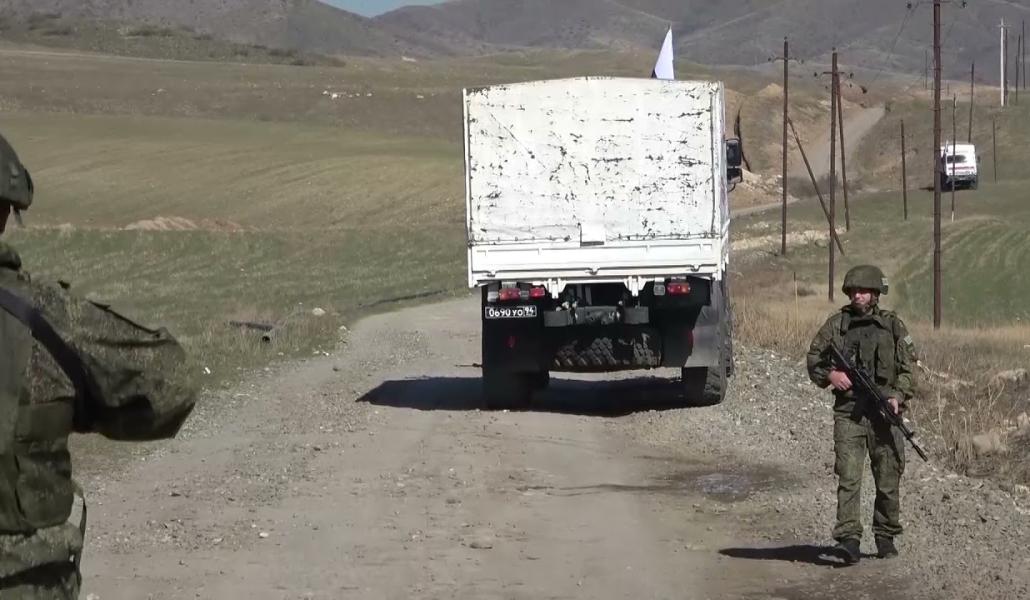 The Russian peacekeepers will provide water to 300 families from remote settlements within two weeks. Ministry of Defense of the Russian Federation (video)

Russian peacekeepers have begun to ensure security during repair and restoration work on a water pipeline in the Askeran region near the border in Nagorno-Karabakh.

Specialists of the Humanitarian Response Center of the Russian peacekeeping contingent fulfilled the request of the head of the Askeran region and began a two-week security operation during the construction of a water main in the border area. The administration of the Askeran region appealed to the public reception of the Russian peacekeeping contingent with a request to ensure security during the construction of the pipeline in the nearby village of Khramort.

Last month, with the support of Russian peacekeepers, a pipeline was put into operation, supplying drinking water to more than 2,000 residents of the villages of Krasny Rynok and Tagavard in the Martuni District. The peacekeepers also continue to ensure the safety of workers while carrying out work on the water supply system in the village of Machkalashen, Martuni District. After the completion of the work, more than 400 residents of the village of Martuni district will be provided with drinking water.