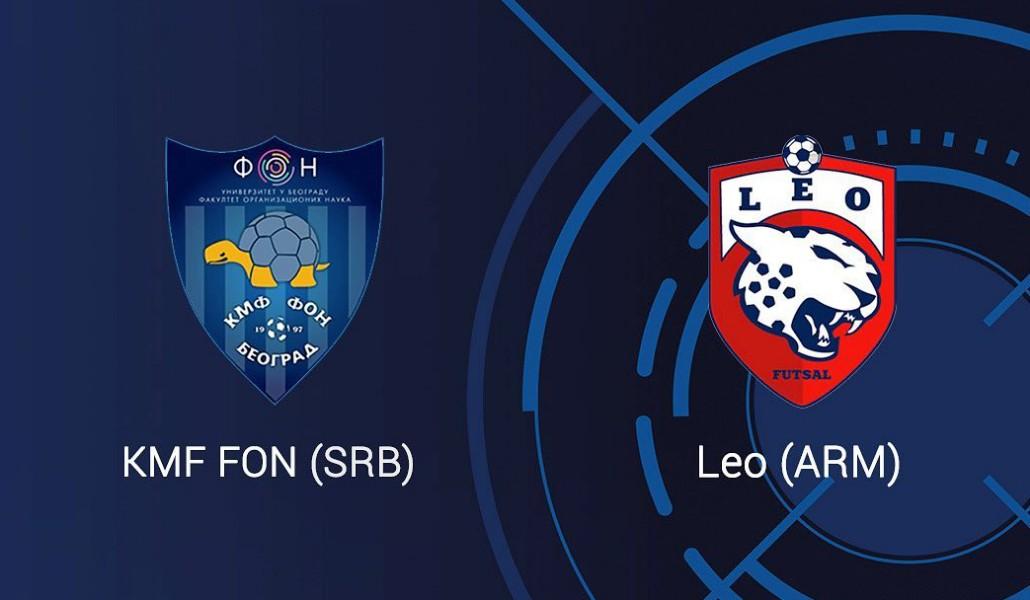 Leon won the second match of the Futsal Champions League

In the 2nd round of the 7th qualifying group of the UEFA Futsal Champions League in Omis, Croatia, the Armenian champion Leon defeated the Serbian team FON Belgrade.

The first half ended with a score of 0: 0, and in the second, our players scored three goals against two opponents – 3: 2. Hamlet Manukyan, Mihran Dermendjian and Saro Galstyan stood out in Leo.

The champion of Armenia scored 3 points and caught up with the two leaders, Austrian “Linz” and Croatian “Olmisun”, which have yet to meet today.

In the third round, Leon will meet with the home team.

The Russian peacekeepers will provide water to 300 families from remote settlements within two weeks. Ministry of Defense of the Russian Federation

[ad_1] The Russian peacekeepers will provide water to 300 families from remote settlements within two weeks. Ministry of Defense of…

Armenia has been scrambling to add hospital capacity as its outbreak of COVID-19 continues to grow. At a June 6…

As of June 28 in the morning, 24,645 new coronavirus cases have been recorded in Armenia. The number of infected…

We use cookies on our website to give you the most relevant experience by remembering your preferences and repeat visits. By clicking “Accept All”, you consent to the use of ALL the cookies. However, you may visit "Cookie Settings" to provide a controlled consent.
Cookie SettingsAccept All
Manage consent

This website uses cookies to improve your experience while you navigate through the website. Out of these cookies, the cookies that are categorized as necessary are stored on your browser as they are essential for the working of basic functionalities of the website. We also use third-party cookies that help us analyze and understand how you use this website. These cookies will be stored in your browser only with your consent. You also have the option to opt-out of these cookies. But opting out of some of these cookies may have an effect on your browsing experience.
Necessary Always Enabled
Necessary cookies are absolutely essential for the website to function properly. This category only includes cookies that ensures basic functionalities and security features of the website. These cookies do not store any personal information.
Non-necessary
Any cookies that may not be particularly necessary for the website to function and is used specifically to collect user personal data via analytics, ads, other embedded contents are termed as non-necessary cookies. It is mandatory to procure user consent prior to running these cookies on your website.
SAVE & ACCEPT